What’s White and read all over? 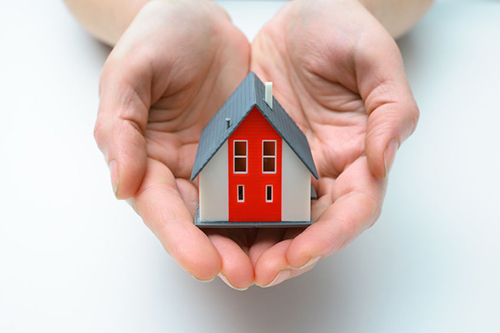 The answer is: the long-awaited Renter’s Reform White Paper*, which was (finally!) released yesterday. I have poured through all 43 pages of the White Paper and the accompanying 50-page consultation response** to update landlords on everything they want and need to know.

Government have confined their agenda to deliver “a fairer, more secure, and higher quality Private Rented Sector” with their aim of “rebalancing the relationship between tenants and landlords” to a 12-point plan.

+ To accelerate quality improvements in the areas that need it most.

+ To abolish Section 21 ‘no fault’ evictions and deliver a simpler tenancy structure.

+ To reform grounds for possession to provide effective means to gain possession.

+ To improve mechanisms for rent review.

+ To introduce a new single Ombudsman that all private landlords must join.

+ To target the areas where there are unacceptable delays in court proceedings.

+ To introduce a new Property Portal.

+ To stop blanket bans on renting to families with children or those in receipt of benefits.

+ To give the right to request a pet in rented property.

+ To monitor the development of passport deposits.

Government has confirmed the above reforms will be delivered via the Renters’ Reform Bill, which is expected to be released in March 2023. At this stage, we are therefore unable to say with any certainty what the reforms will look like in practice.

I have, however, been able to pull together a good indicator of what landlords should expect in relation to what they want to know and what they need to know:

What landlords want to know

Government has pledged to “deliver a simpler, more secure tenancy structure”. It intends to change the current system where a tenancy can be assured or assured shorthold and fixed or periodic, to a new single system of periodic tenancies.

Under the new system, tenants will need to provide two months’ notice to end a tenancy and landlords will only be able to end a tenancy via grounds under section 8 of the Housing Act 1988 (the ‘Act’). Government has also confirmed that they intend to make written tenancy agreements mandatory.

Government has confirmed that it is after all tenancies are governed by the new rules that “all tenants will be protected from Section 21 eviction”. By my calculation this means that landlords should be anticipating being able to use section 21 on existing tenancies until at least September 2024.

Government has confirmed its intention is to “reform grounds of possession so that they are comprehensive, fair, and efficient” with a commitment to “strengthening ‘Section 8’ grounds for possession.”

The updated existing and new grounds are:

In adding new mandatory grounds for a landlord who wishes to live in a rented property (or their close relatives) or sell a rented property with a requirement for two months’ notice, government has sought to ensure that the abolition of section 21 will not unduly penalise landlords who “must be able to respond to changes in their circumstances”.  These appear to be sensible additions to account for the removal of section 21.

Landlords will note that the mandatory and discretionary rent arrears grounds have been retained, although the notice period has been extended to four weeks. However, of note is that government agrees repeated arrears are an unfair burden on landlords and the new mandatory repeated arrears ground seeks to rectify this burden. This addition is to be welcomed.

A potential area where section 21 is useful is suspected abandonment of a property. However, government has taken the view that the rent arrears ground is the best new alternative instead of creating a new mandatory abandonment ground. In taking this approach, government has cited that there would be less degree of certainty should a seemingly abandoned tenant return to defeat a mandatory abandonment claim. This is true, and, whilst frustrating for landlords who will incur missed rent in addition to potential legal fees in these cases, this is the most practical compromise without a total overhaul of the Act.

Pleasingly, government has (finally) recognised the compliance requirements regarding safety and information (required by sections 21A and 21B of the Act) are not proportionate! This is because they have not found such measures to be effective in improving standards. Therefore, only deposit protection will be required to ensure a section 8 notice is valid in compliance terms. Moreover, government may only make this a precursor for certain grounds. It seems that government agrees it is fair that “Landlords should not be unreasonably prevented from regaining possession on technicalities.” This is to be applauded, whooped and hollered!

Government is clear that it will not introduce rent controls or set levels of rent at the outset of a new tenancy. However, it has confirmed that it will only allow one rent increase per year which will require a minimum of two months’ notice. In addition to this, government will end the use of rent review clauses. Therefore, landlords will only be able to increase rent under the current procedure using section 13 of the Act, albeit now with two months’ notice.

Government has confirmed it considers a tenant’s ability to attend a hearing a “vital protection” and so it is unwilling to expedite the court process for the section 8 procedure via the accelerated procedure which is used for section 21 claims. This is unfortunate as surely acceleration would work in cases of landlords wishing to move into or sell the property or where the tenant has died.

Whilst noting landlord’s concerns with continued delays in the court process, government is of the view that it is not possible to reduce the current four to eight weeks’ hearing target (which is sometimes not met anyway depending on an individual court’s caseload levels!) for some grounds at the expense of others.

Government has noted there needs to be increases in the efficiency and timeliness of the court possession action process and has pledge to “introduce a package of wide-ranging court reforms that will target the areas that particularly frustrate and hold up possession proceedings.” At this stage, there is no detail of what these reforms will be, apart from hints as to digitisation and a push towards mediation.

What landlords need to know

Government tells of a new digital Property Portal on which landlords will be legally required to register their property. This will “support good landlords to remonstrate regulatory compliance”, with local councils given powers to act against those who do not join the Portal.

Government has also committed to introducing a single government-approved Ombudsman covering all private landlords in England, regardless of whether they use a lettings agent. Membership of this Ombudsman will be mandatory, with local councils given powers to take enforcement action against those who fail to join. The Ombudsman will have powers including compelling a landlord to apologise or provide information, take action and/or pay compensation of up to £25,000.

In addition, government notes that current enforcement powers are used in different ways by different local councils depending on priorities and with differing levels of success. Government has therefore set out a list of proposed enforcement tools which “will mean comprehensive enforcement, which does not rely on a single party”.

+ giving tenants the ability to pursue compensation through the courts for breaches of the new tenancy system.

+ giving local councils the power to issue fines to landlords who fail to meet requirements of the new tenancy system.

+ including the new tenancy system within the remit of the Ombudsman (who can award compensation of up to £25,000!).

+ giving local authorities the power to issue fines to those who illegally evict or harass tenants.

Government intends this new system “to be as robust as possible”, but no detail is given at this stage. Without a proper indication of what powers tenants are to be given to seek compensation, landlords will understandably take this proposed reform with some level of trepidation.

Government intends to strengthen tenant’s rights by making it illegal for landlords to have blanket bans on renting to those with children or those in receipt of benefits.

In addition, government intends to ensure that landlords do not unreasonably withhold consent when a tenant requests to have a pet in the property. As a compromise, government will amend the Tenant Fees Act 2019 to allow landlords the ability to require pet insurance.

Government has set out a clear objective to the reforms set out in the White Paper, but we still await detail to allow landlords to know what these reforms will look like in practice. This will not happen until the Renters Reform Bill is released in March 2023.

For a few years now, landlords have (rightly) feared the idea of section 21 being abolished –  we now know that this is likely to be a reality in around September 2024. The fear was that landlords would be stuck with tenants when they needed the property back for reasons unrelated to tenant behaviour (such as a sale of the property) or where the tenant is engaging in unwelcome behaviour (we all know how difficult the discretionary ASB grounds are). It is therefore good to see that the abolition of section 21 is to be accompanied by reform to the section 8 process which will give a clear list of reasons why a tenant can be evicted. Whilst the full detail of these grounds will not be clear until the Renters’ Reform Bill is released, the indication in the White Paper is that that landlord’s concerns will be met. In addition, the removal of most of the compliance requirements when seeking possession is a positive (and unexpected) highlight for landlords.

It has been a long-standing concern of mine that court reform is required to ensure cases can be dealt with more expeditiously. At this stage it does not appear that this is going to happen! This is especially concerning given government’s reluctance to retain the accelerated procedure for some grounds. We shall simply have to wait and see what ‘digitisation’ looks like in reality…

Overall, whilst change is rarely welcomed where there are long-standing and seemingly workable solutions already in place, those landlords who are decent and reasonable should have no concerns about the proposed reforms.

If you need support in relation to any residential landlord law related issue, then get in touch with Rebecca Chadwick at Landlord Support for some free and friendly initial advice followed by fixed fee support throughout your case:

All quotes are taken from the above documents.